On 19 October 2008, 14 founding members came together for the inaugural meeting of the association, takathemba – Zukunft für Kinder in Südafrika e. V. (Future for Children in South Africa). After many discussions, we finally found a name: Takathemba. A word that is composed of the two African words; happiness (Takalani) and hope (i’Themba).

The aim of our non-profit association is to make people aware of the fate of children.

Since the founding of this association, the donations we get have been fully used in the planned projects.

This means the children we support have the full benefit of all donations we receive.

All members of the association work on a voluntary basis and without compensation for expenses.  Our projects are regularly checked to ensure that the funds are being used in the way we intended.  Renate Cochrane, a German Pastor who started the project sends us regular newsletters and financial reports.

takathemba – Zukunft für Kinder in Südafrika (Future for children in South Africa). V. has been a registered non-profit association under the German Civil Code (BGB) since 13 November 2008. 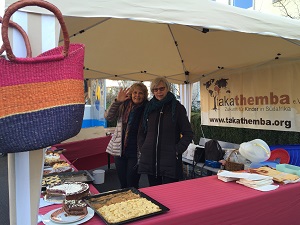 See „Projects“ under „Home“ OR